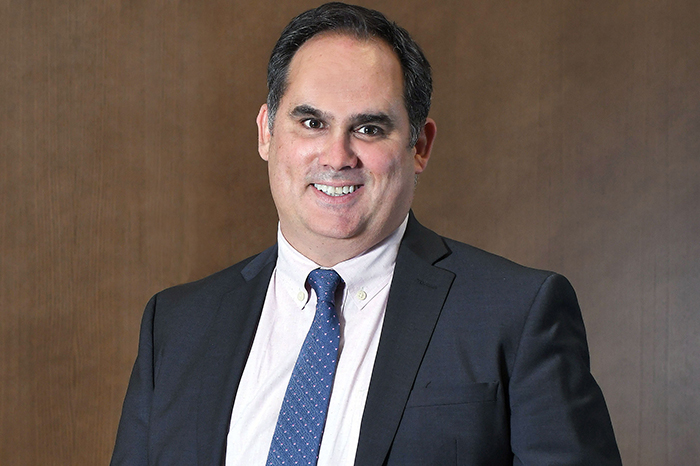 CHICAGO – (October 20, 2017) – Chicago-based Leading Real Estate Companies of the World® (LeadingRE) has expanded its leadership team with the addition of Dan Nelson in the role of vice president of Performance Excellence. In this role, Mr. Nelson will oversee all online and offline learning and development initiatives for LeadingRE members and staff, with a focus on performance and results.

Bringing more than a decade of experience delivering online and offline learning initiatives in a cross section of industries, Nelson specializes in presenting complex concepts in relevant terms that align with specific objectives, in a variety of formats suitable for adult learners. Most recently as director, product management for the largest textbook and learning company in the U.S., he drove the online product roadmap for learning technology. Additional experience in the real estate space includes serving as product director for a company specializing in restoring turn of the century homes.

Among his core responsibilities will be managing Institute, LeadingRE’s award-winning online learning platform for members. Nelson will oversee instructional design, content development, financial management and technology for the program, which currently has a library of over 350 proprietary courses and recently marked its one millionth course enrollment.

Nelson will also participate in managing content for the network’s extensive conference offerings, including its flagship event, LeadingRE Conference Week for brokers, agents and sales managers, as well as marketing, technology and relocation professionals. Other events include regional Forums, specialized-audience workshops and LeadingRE’s Global Symposium.

“Dan has a proven record of tying learning to performance results, with a deep understanding of how adults absorb and retain information in a way that makes it relevant to specific business goals, current market trends and personal learning styles,” said LeadingRE President/CEO Pam O’Connor. “We are thrilled to have him on our team to support not only our member real estate professionals in 65 countries, but also our 110-person corporate staff.”

Nelson is based in LeadingRE’s Chicago headquarters. For more information on LeadingRE, please visit www.LeadingRE.com.

Chicago, IL– (10/19/17) – Jack Conway & Company, Inc. has been awarded the prestigious RELO® Quality Certification from Leading Real Estate Companies of the World® (LeadingRE), a selective global network of the highest quality real estate firms. The only program of its kind, the RELO® Quality Certification (RQC) quantifies and qualifies true relocation service excellence. Modeled after the Malcolm Baldrige National Quality Award, it was created by LeadingRE to provide measurable standards for the pursuit of relocation excellence.

“It is a great pleasure to welcome Jack Conway to the esteemed group of firms that have been awarded the RQC,” said LeadingRE President/CEO Pam O’Connor. “Their relocation department has distinguished itself by going beyond expected quality service, demonstrating industry leadership and continuously focusing on customers and results.”

“We are so proud to have earned this highly-esteemed certification,” said Conway CEO/President Carol Conway Bulman. “As far back as my father’s involvement in helping found Leading Real Estate Companies of the World® , Conway has been committed to providing the highest level of service for all of our clients, whether they are moving next door or across the globe. I am so grateful for the members of our Relocation team who are committed to being outstanding in every way.”

A family-owned Massachusetts-based firm with 30 offices and more than 700 agents, Jack Conway & Company serves the North Shore to Boston, Metrowest, Cape Cod and the South Coast, extending its reach globally to 65 countries through its affiliation with LeadingRE.

To see a full list of RQC companies, visit LeadingRE.com/aboutus/membercredentials.

CHICAGO – (October 9, 2017) – Leading Real Estate Companies of the World® has named Studeo as a preferred provider through its Solutions Group program, which identifies business resources for its global community of 565 residential real estate firms.

“Listings with a storybook presentation have been shown to engage viewers for 10 times longer than a standard digital presentation,” said Robin LaSure, LeadingRE vice president, corporate marketing. “By making it so easy to create these compelling interactive storybooks, Studeo gives brokers and sales associates a powerful way to stand apart from the competition – whether they are showcasing a listing, promoting the brokerage or highlighting a specific neighborhood or development.”

“Studeo is all about showcasing the stories behind listings, neighborhoods and the expertise of the agent,” said Studeo co-founder Rebecca Rose. “We have brought a unique, compelling and incredibly shareable product to the marketplace that allows the consumer to engage with real estate content like never before. LeadingRE is a real estate system that encourages independence and a thirst for new ideas. We are meeting so many quality brokerages who want to compete on different levels, and so many people in the tech space have encouraged us to align with LeadingRE. We are thrilled with their advice.”

About Studeo
Studeo, the world’s first interactive storytelling platform for real estate, was founded in 2013 by Rebecca Rose and Nir Betan. It received first place in the women’s Ignite Capital startup competition and was recognized as one of the top three emerging technologies by RESAAS. More than 4,000 agents are currently on the platform in the U.S. and Canada. The company is based in Toronto. For more information visit www.studeohq.com or call 647-352-3591. 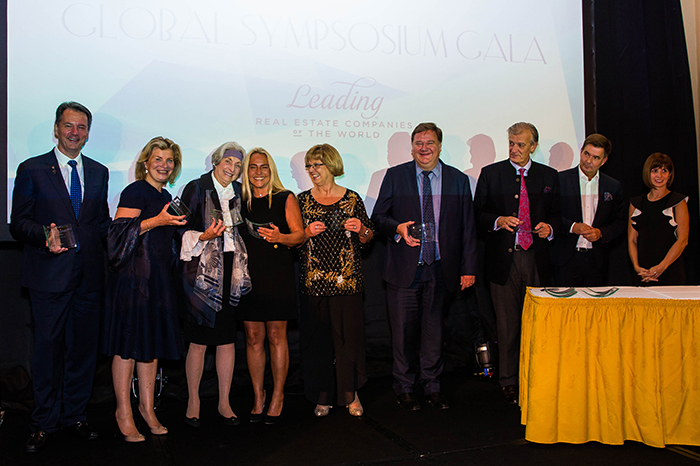 CHICAGO – (October 4, 2017) – Leading Real Estate Companies of the World® (LeadingRE) presented member achievement awards during its Global Symposium, held in Vienna, Austria from September 24-26. The awards recognized member companies and individuals who have contributed significantly to the global growth of LeadingRE, home of the world’s market-leading independent residential brokerages in over 65 countries.

This year marks the first time formal awards were presented in the event’s 10-year history. “The strength and engagement of our global members have grown so much that we felt it was time to incorporate recognition of those who have been so instrumental in our development,” said LeadingRE COO Paul Boomsma, who presented the awards with LeadingRE Chairman of the Board Joe Horning of Shorewest Realtors, Milwaukee, Wisconsin in the U.S., and LeadingRE President/CEO Pam O’Connor.

Seven individuals were presented with the Global Ambassador Award for extraordinary commitment to LeadingRE around the world, participating actively on many levels, promoting the network, and serving as role models for other members.

“These members are truly passionate about Leading Real Estate Companies of the World®, and they never hesitate to mentor other members, work with our team to recruit quality prospective members, serve as speakers at conferences, and demonstrate their leadership in so many other ways,” said LeadingRE President/CEO Pam O’Connor.

Earning the Global Leadership Award was Ron Stader from CIR Realty in Calgary, Canada, in recognition of his generosity of time and commitment in supporting LeadingRE in his role as the chairman of LeadingRE’s Global Advisory Board and on the Board of Directors.

The Rising Star Award was given to Unique Estates Limited from Sofia, Bulgaria, for their early adoption of LeadingRE branding and programs as a new member.

The Referral Service Excellence Award was given to Carratelli Real Estate from Pienza, Italy, for above-and-beyond service and professionalism in handling a challenging cross-border referral.

Von Poll Immobilien, based in Frankfurt, Germany, received the Referral Accelerator Award for their  commitment to sending cross-border referrals to fellow members – placing five outgoing referrals in one day alone this past year.

Earning the Long Distance Referral Award for collaborating on the referral that traveled the greatest distance to be transacted – nearly 13,000 kilometers, or 8,000 miles – were Ark Properties from Shanghai, China and Stone Real Estate from Sydney, Australia.

Receiving the Global Referral Production Award for sending the most outgoing referrals this year among companies outside of North America was Ginesta Immobilien from Zurich, Switzerland.

The awards were a highlight of the Global Symposium, which attracted top-tier professionals from 22 countries. Next year’s Global Symposium will take place in Barcelona, Spain in September 2018. LeadingRE’s next major event is its annual Conference Week, taking place January 29-February 2, 2018 in Las Vegas, Nevada, USA.

To learn more about Leading Real Estate Companies of the World®, visit www.LeadingRE.com.